We have been burning the midnight oil lately. Tim is coloring the rest of issue 7 with help from Will while Dan had been penciling issue 8. Jason is finishing the script of issue 9 and Will has been working on pencils and inks of issue 10. 2017 should see our highest issue count to date, 3 full colored issues. Here’s a sneak peak. 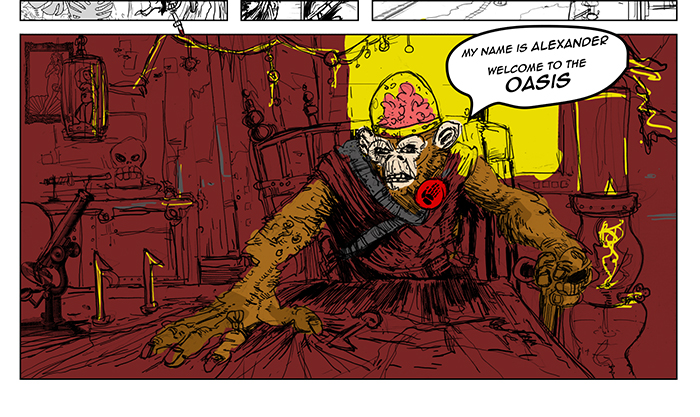